In preparation for our upcoming Destination Cloud 2020 Executive Summit 09.29.20, John Miller, Senior cloud Architect, discovered that the need for better Communication and Collaboration is not a new problem.

When researching The National Aeronautics and Space Administration: NASA, he started to see the importance of real-time collaboration internally and with other companies and organizations spread across multiple locations.

NASA came into existence on October 1, 1958, taking over from its predecessor NACA, the National Advisory Committee for Aeronautics. One of its first high profile objectives was to launch an astronaut into orbit and safely return him to Earth. 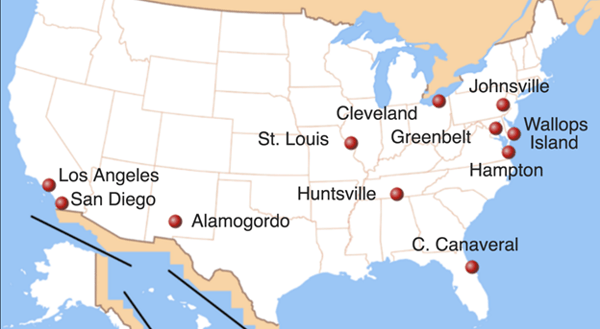 The Worldwide Tracking network was created to provide Command and control, telemetry, air to ground voice communications, and radar information worldwide. During a flight, there were over twenty stations online, including nearly a half dozen ships at sea. With Command and Control centered at the Mission Control Center at Cape Canaveral in Florida, NASA maintained a steady flow of data, telemetry, and voice communications with the orbiting spacecraft.

Now, they were not always able to talk directly to the astronaut from the Cape, but mission control was able to collaborate with the other stations to maintain near real-time communications and data flow to and from the spacecraft

NASA quickly learned the value of being able to conduct audio and later video conferences with their personnel scattered across many locations as well as the employees of the contractors supporting the Mercury, Gemini, Apollo, and Space Shuttle programs. By 1963, NASA had grown to ten (10) field centers of their own! Project Apollo involved over 400,000 personnel and required the support of over 20,000 contractors and universities spread around the globe

NASA, in the 1960s, became a large consumer of audio conferencing services. NASA built its own conferencing system. In those days, to set up a conference across several locations, you had to schedule it ahead of time. Once the meeting started, you could not easily or quickly add or remove participants. "Meet Now" was not possible!

Setting up a conference required huge patch panels and highly skilled personnel manually patching and unpatching ports into a meeting. NASA used this system well into the 1980s

In the early 1980s, NASA was getting ready for the first Space Shuttle flight on April 12, 1981. They realized that they needed a digital 4,000 port system that could instantly connect people within multiple ever-changing groups across multiple spread out locations. By 1992 a company called Compunetics installed a voice distribution and switching network for NASA. The antiquated analog system was quickly replaced, and NASA's Communications Division went from 50 to eight 8 personnel today.

With the success of the NASA implementation, Compunetics realized that they had a solution that they could market to commercial customers, which they did very successfully. Even today, when you join an audio conference, you will somewhere in the path of the communication cloud be leveraging a technology that NASA helped develop and spinoff into everyday life.

In 2010, researchers at the NASA Ames Research Center in Silicon Valley needed a cloud-based solution for internal web services. The solution needed to automatically scale up and down computing power and storage according to the needs of projects and users across many virtual servers. This is essentially the definition of cloud computing. After a few years of working with several companies and researchers in the Open Source community, they were able to develop OpenStack. OpenStack is used by CERN, the European Research organization that looks for answers about the universe, Walmart's entire online shopping system, and Wikimedia. CERN uses it on the 100,000 core computer cluster for the Large Hadron Collider. Virtually all cloud computing vendors leverage OpenStack or, if not the software itself, the concepts to support dynamic allocation of shared computing resources in real-time. Another idea that sprang from a NASA requirement that has spun off into everyday life

There is one (1) more lighter NASA spinoff that facilitates our work and life balance. The Space Shuttle was designed to be reusable. NASA developed a requirement for a fastener that could be torqued on and off at least fifteen (15) times that would not loosen up during a mission. While trying to find or develop such a fastener, they came across something invented by Horace Holmes called Spiralock threading that had been patented in 1979. Spiralock fasteners had been used in the early 1980s on some car engines.

A researcher at the NASA Goddard Space Flight Center did a study of the fasteners. He found that they could withstand double the vibrations of a standard nut and for ten (10) times longer! They did not lose any clamping power after being torqued on and off fifty (50) times, significantly exceeding the NASA requirement. NASA quickly adopted the Spiralock fasteners and used over 750 of them in each set of three (3) Space Shuttle Main Engines 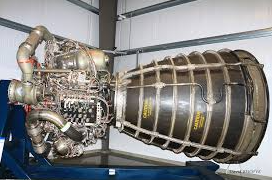 In the spring of 2013, several NASA employees with the International Space Station National Laboratory visited Cobra Puma Golf's booth at a PGA show in Orlando. The NASA and Cobra personnel hit it off. The NASA engineers were surprised and impressed by how much technology goes into a golf club. There was a lot of similarity between the aerospace engineering NASA was doing, and the golf club engineering Cobra was doing. They both were in the business of making things light and strong. With its new relationship with NASA, Cobra Puma Golf was even able to secure a customer slot for a research payload on the International Space station

Cobra Puma Golf was developing a golf club, the KING LTD Driver, that would have a portal or little door that screwed into the bottom of the club. The portal would allow the manufacturer to insert a tungsten weight tailoring the club to the needs of individual golfers. During testing, Cobra Puma Golf saw that the portal loosened up after repeatedly hitting golf balls. They realized this was due to the forces and vibration applied to the portal on every golf swing. They collaborated with NASA to find out how they kept the Space Shuttle from rattling apart. NASA told them about the Spiralock fasteners, and as they say, the rest is history! 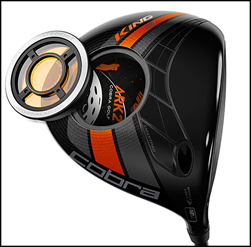 NASA's historic use of conferencing and collaboration has lain the groundwork for today's modern workplace collaboration. Their requirement for on-demand shared virtual cloud-based computing power has been the genesis for technologies used by Microsoft to power Teams and Azure computing in the cloud. I hope you have found this mini-documentary interesting and that it has primed your engines for a day full of valuable information and discussion when we see you at Enabling Technology's Destination Cloud on September 29.