I was recently working with a client who was using Teams Direct Routing and AudioCodes C450HD phones. This particular client had never utilized Lync or Skype on-premises. We started by configuring Microsoft Teams direct routing as well as tenant dial plan rules. The tenant dial plan rules were built to allow “short dialing” (e.g. 4-digit dial) as well as convert local, long-distance, international, and service numbers into E.164 format before being passed to Teams direct routing. We experienced an issue, once signed into the AudioCodes C450HD phones, noticing that some devices were not able to make calls. The dialed numbers were not normalizing (e.g. adding the “+1” to the calls), and the call would fail inside of Microsoft as the number didn’t match any expected routes.

I attempted to reproduce in my lab by signing into a 440HD in 3PIP mode. My device was able to make outbound calls while signed in with one of my customer’s test accounts. I logged into the phone’s web interface checked the dial plan and noticed it contained a dial plan ruleset (normalization rules) from a previous tenant. 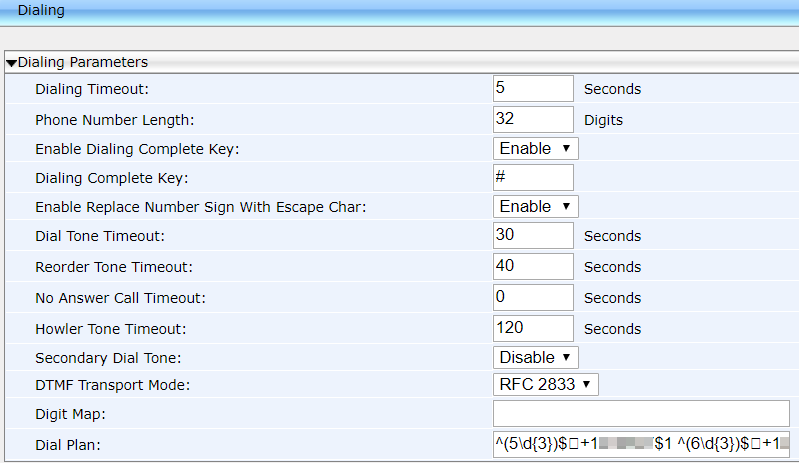 I then logged into the customers Skype for Business Online PowerShell to check to see if “UseOnPremDialPlan” was set to “True”, and sure enough it was. I set this to “$False” as follows:

After about 15 minutes, I rebooted the phone and I could see the phone picking up the intended tenant dial plan normalization rules in the AudioCodes phone. All calls were working and normalizing as expected. At this point, I had my customer do the exact same thing (remove any existing dial plan rules in the phone, set “-UseOnPremDialPlan False”, and reboot the phones). A couple lessons learned from this were: